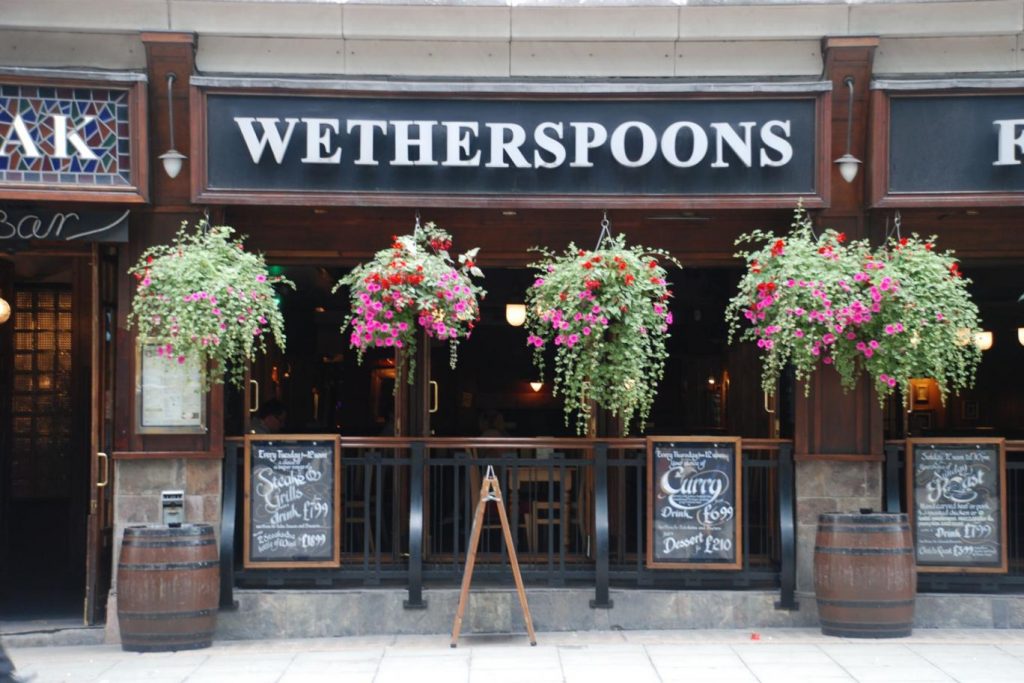 You may have seen in the press and (ironically) on social media this week, that Wetherspoons has shut down all it’s social media accounts relating to it’s Head Office and 900 outlets.  This is ironic because they chose to announce it on Twitter to their 44,000 followers.  Which is a seriously low number of followers divided between 901 accounts. (48 or 49 per account if my maths is right). No wonder they shut it down!

They stated the reason as – the economic ‘climate’ and people trolling MP’s. (Which is yet more irony, as the big man at Wetherspoons is very vocal and not too complimentary about the anti-Brexit MP’s himself!).  He also stated it was partly due to the fact that he hates how consumed everyone is by social media and that he doesn’t like people sitting in the pub on their phones.

Well, I might agree with that but if that IS the real reason then install internet blocking software in your pubs! Just because customers can no longer Tweet @Wetherspoons, it doesn’t mean they are actually going to switch off their social media and talk to each other when IN Wetherspoons!

Looking at some of the back story and info surrounding this – it seems there is more to it than meets the eye. Some of Wetherspoons ratings are spectacularly poor on Facebook. With a 1.7* out of 5, for example.  And, as any brand with a Twitter account knows, many people use this as their social media of choice to complain about or question a brand.

But Does That Mean You Should Come Off Social Media?

Of course not.  That would be like being worried about the environment and therefore giving up your car and all public transport, and reverting to a horse and cart.  The only person who is going to think that’s a good plan is the farmer who sold you the horse.

There are other ways of managing bad news apart from shooting the Messenger.  And yes – people DO spend too much time on Social media, and people DO troll others on Social Media, but not being ON social media isn’t going to make it go away – it just means you cannot be in the conversation.  And personally, I think it is quite rude to the people who have bothered to follow you or interact with you in the past.

So Why Did They Do It?

I think there are 2 possible explanations.

Looking at their social media, it seems they had no clue how to make it work for them.  So, what should they have done instead?

Here are our TOP TIPS FOR WETHERSPOONS, should they ever choose to revisit their social media decision.

There are plenty of other tactics they could have put in place for their social media to have been a benefit to them, but they clearly did not have an overarching strategy for the brand.  Or they had the wrong one!

If you are struggling to put together a strategy for your brand and create meaningful traction on social media – I hold 3 free strategy sessions a month – you can book one by clicking here.

Meanwhile, I would like to say to Wetherspoons – you can’t UNINVENT something.  Just because you have thrown your toys out of the pram re: social media, doesn’t mean it is going away.  If you got fed up with the internet – would you delete your website and just rely on local people walking past the pub to be your clients?

For more tips about Social Media check out this How Often Should You be Tweeting Blog, and Trolls – And How to Deal With Them

Trolls And What To Do About Them