Ways social media has been used for good 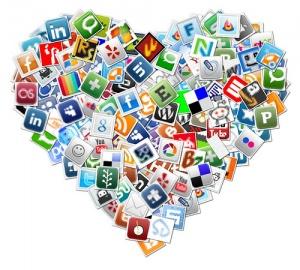 Social media is arguably the most effective way to communicate and spread a message. If used correctly it can potentially influence a massive audience and have a huge impact on people. This can be a good thing and a bad thing. A bad thing because it can be used to create mass propaganda and hysteria along with a whole host of other things. But it can also do a whole lot of good; so today we are going to look at some of the ways social media has been used in the past for the better.

It has be used to teach School children

School kids are growing up in an unusual time. This is the first generation who have grown up with the internet and social media being a normal part of their lives. A time when Facebook didn’t exist is incomprehensible for them. Some teachers have accepted this and decided to utilise this fact and use it for a good cause, such as an Amsterdam school that has come up with a fun and inventive solution using Facebook’s timeline feature to teach kids.

They use the timeline feature to make events pages from past events in history. These include pictures, stories and dates which of course help kids learn in a fun and interactive manner rather than looking at boring sheets of paper (remember how boring history lessons were in school?… Exactly). Most school children aren’t allowed anywhere near Facebook or any social media for that matter during the school day, but let’s face it, they’re going to anyway. So why not leverage this fact and use it to help kids learn? I think it’s an awesome idea that other schools should consider.

It has been used to fight sexism

As I said earlier, sometimes social media isn’t always used for the right purposes. There are some people who use it to offend, insult or demean other people. I’m sure you might have come across it on Facebook, where several groups of people set up pages to make jokes and content about things such as rape and domestic violence. While Facebook does its best to moderate such pages and takes down content which is deemed to be against its terms and conditions, some unfortunately slip through the net and get away with it.

This spurred Laura Bates, Soraya Chemaly and Jaclyn Friedman into action and the three set out on a mission to get the content removed from Facebook. But early attempts to use Facebook’s inappropriate content reporting system failed and contacting Facebook directly proved fruitless. So instead they had a brilliant idea and took to Twitter to target advertisers. They prompted people to tweet to Facebook’s advertising affiliates to tell them that their adverts were appearing alongside offensive content, using the hashtag #FBRape.

This proved to be very effective: the campaign was a success with over 60,000 tweets sent and 15 major advertisers convinced to remove their adverts from Facebook. In fact it was so successful that Facebook actually admitted defeat and issued a statement saying that they should not have allowed such content on the site and will be taking future steps to prevent this problem from reoccurring. Good going, girls!

Giving gifts on a grand scale

Ever heard of RedditGifts? Born from the Reddit community, RedditGifts was a gift exchange scheme for Christmas in 2009. The idea quickly took off and returned the next year, with over 17,000 people taking part. Since then the project has expanded, and has now actually moved to its own site and has made the gift-giving a year-round thing, with themed gift exchanges throughout the year. One such exchange was ‘redditgifts for the troops’ which was participated in by over 3,000 people who gave over $20,000 of gifts! Oh, the feels!

At the end of the day Social Media is just a platform that people use. Whether good things or bad things happen because of it isn’t the fault of the platform, it’s the people. I’m sure there are many good deeds that happen daily with the help of social media (even if it’s just something as small as helping somebody celebrate their birthday) and it’s up to you to decide how to use it!