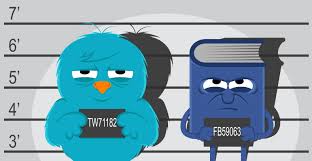 I recently spoke at an event in Manchester on the subject of Social Media.  And in part of my presentation I shared some of the massive blunders people have made on social media and some of the funnier posts from the last 12 months.

My very favourite is by The Telegraph and read “ ‘Ginger Extremist’ who plotted to kill Price Charles is detained under the Mental Health Act”, and there right in the post was a lovely picture of the said Prince Charles, with Prince Harry – oops!

I wonder if that was entirely accidental? It certainly got a lot of coverage!

However, there were certainly some campaigns in 2015 which I am sure certain people may have lost their jobs over, and certainly would have wished to have the opportunity to engage their brain before pressing the “post” button.

In my 3rd place for the Shoot Yourself In The Foot Award there was the tweet by IHOP (International House of Pancakes) which showed a picture of a stack of American pancakes (the small thick round ones) with a blob of cream right in the middle – which read “flat but has a GREAT personality”.  Not cool guys!

In a closely contended 2nd place – was this tweet which lost its owner his job.  “Think I just hit a cyclist.  But I’m late for work so had to drive off lol”   It was a joke tweet that his employer really didn’t find funny.

And in first place was the Bloomingdales Christmas Special – with a picture of a young man and woman having fun at a party and the caption “Spike Your Best Friend’s Eggnog When They’re Not Looking”.   Very uncool.  How anyone thought that would be a fun campaign, is beyond imagination.  And I know there is an old adage – all publicity is good publicity – but I think this is the exception that proves the rule.

You see the thing is – it is just too easy to get carried away on social media and post something that you think is funny / sassy or whatever.  But once it is out there in the ether, you can’t take it back.  So my advice is to stop and think.  Plan your social media ahead of time.  Get a sense check on ‘humour’ because what you think is funny, might not be. And if your Mother wouldn’t approve – then you probably shouldn’t post it.  At least unless ‘offensive’ or ‘controversial’ is your brand.

If you want to hear more social media blunders, and what you SHOULD be doing on social media instead – I am speaking on Saturday at The Clayton hotel Manchester Airport at an event aimed at trades or local businesses –Toolbox Live.   As a speaker I get a few guest tickets – so if you want to know more click here for details, and if you want to come along for free as my guest – then email me and I will organise a guest pass for you.