Social media is great because it makes your memories last forever. Unfortunately, this also means your mistakes are stored online forever which is a scary thought for most of us, but even scarier if you are a well-known company with a big social media presence. Here are 5 social media horror stories from big brands.  They are enough to give you goosebumps!!

On Nov. 30, 2013, actor Paul Walker of the “Fast & Furious” franchise, died in a horrific car crash. The next day, 4AutoInsuranceQuote.com repeatedly tweeted that it hoped Walker had car insurance.

What the hell were they thinking? Very insensitive. The company rightfully received huge backlash and later apologised for their lack of judgement. If there’s a lesson to be learned here, it’s to make sure that whoever handles your social media accounts is a decent human being and at least has a shred of empathy.

Another bad judgement call… In September 2014, thousands of women took to Twitter to talk about why they stayed in violent relationships, using the hashtag #WhyIStayed. DiGiorno Pizza hijacked the trending tag with this tweet: “#WhyIStayed You had pizza.” 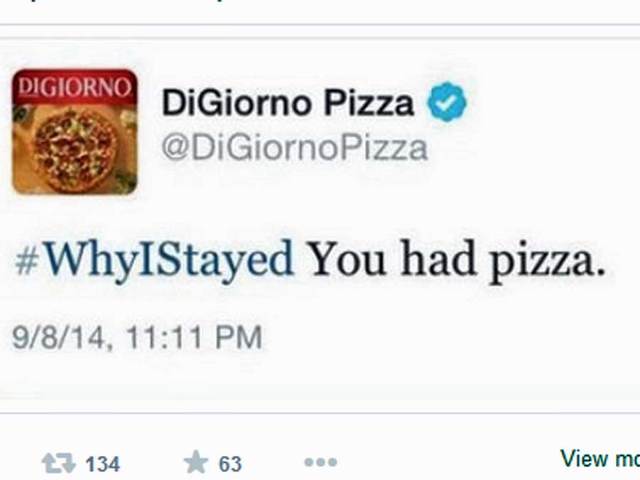 The fall-out from this was huge and it outraged so many people that it actually made it onto the news. Following the blow-up, DiGiorno Pizza tweeted “a million apologies,” explaining that the company “did not read what the hashtag was about before posting.” Lesson: make sure you know what a hashtag is about before tweeting about it and making yourself look stupid and offending a lot of people. 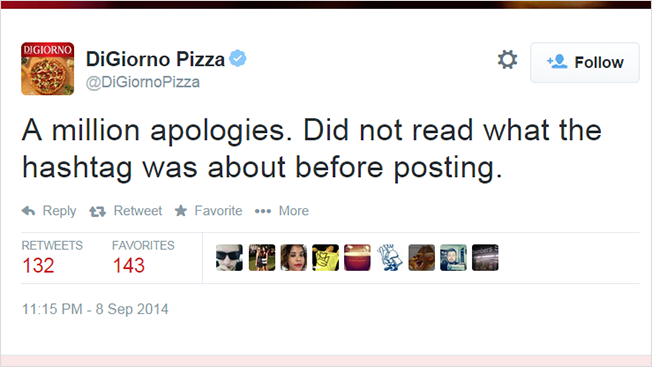 HMV hit hard times nearly two years ago when it announced the firing of 190 workers. One of their employees who had access to the company’s Twitter account to protest, calling the layoffs “a mass execution” of “loyal employees who love the brand.” HMV regained control of its Twitter account and subsequently deleted the objectionable tweets, but not before it was screen grabbed and shared on Channel 4 News.

The lesson learned: Know who has access to your social media account at all times, especially if personnel changes that people might not be happy with are coming up. 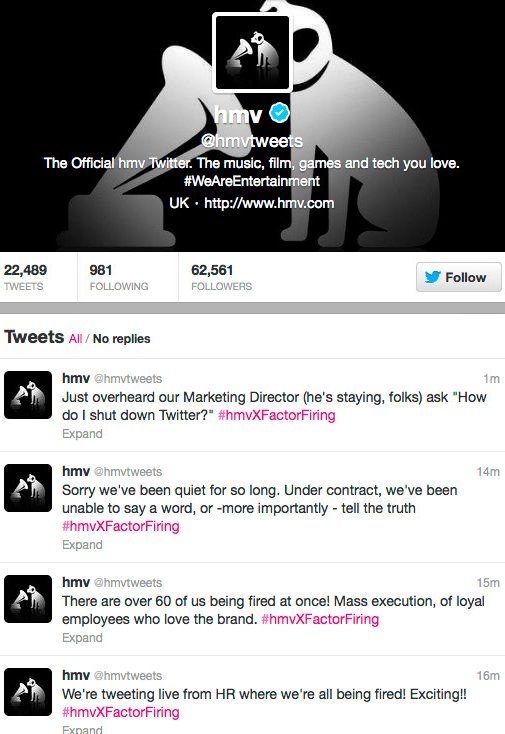 This one (sort of) has a happy ending. In April 2014, a young girl was mauled by pit bulls and suffered some horrible injuries. Two months later, her family’s Facebook page reported that they were asked to leave a KFC in Jackson, Mississippi because the girl’s bandaged face apparently scared some customers away. The family vowed never to eat at KFC again. Of course the story went viral.

KFC spent several days replying to angry Twitter and Facebook posts — one of which included pictures of Nazis. When an industry giant is faced with a social media s***storm, it can distance itself from the situation by apologizing or can make the best of a bad situation and do something awesome. In June 2014, KFC chose the latter by donating $30,000 towards the child’s medical bills! Shall we let them off?

A link to a salacious picture posted on the airline’s Twitter account quickly went viral. CNN and other media outlets reported on it. Although it was reported as an “accident” this was clearly not the case as the picture was of a model airplane ensconced in a naked woman’s genitalia. Clearly they were trying to be humorous but it ended up backfiring, offending a lot of people and being a huge embarrassment. They later apologised for the tweet and removed it, but not before it went viral. Definitely a bad judgement call ! 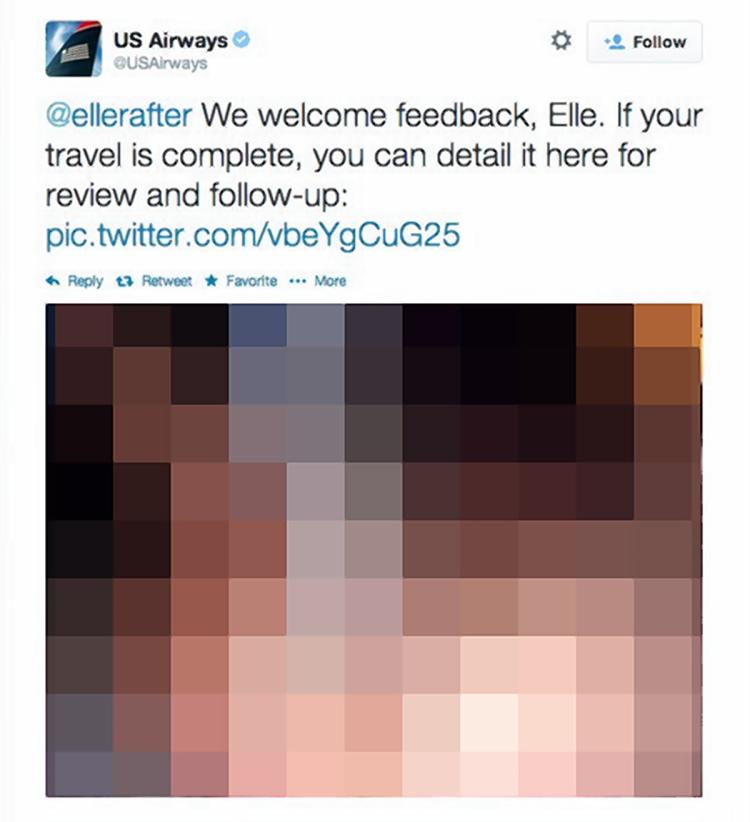