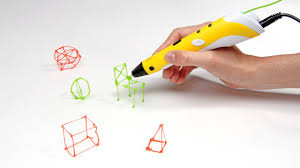 Most of us are now familiar with 3D printing and all the cool things it is capable of. If you are not here’s a quick definition – “a process for making a physical object from a three-dimensional digital model, typically by laying down many successive thin layers of a material.” Awesome, huh? That’s right people, we’re in the future now!

In fact it gets even more awesome. My friend recently told me about 3D Pens that can actually draw in the air. At first I didn’t believe him or thought he must have been over exaggerating or got it mixed up somehow. Now I don’t like being proven wrong, but in this case I was pretty happy about it when he showed me this video:

We discussed for ages the endless possibilities of having one of these little magical pens at our disposal. Now I like graffiti and street art, so I was thinking something along those lines. His words: “I’d draw a right big 3D p**** outside my brother’s front door.” But I digress.

But where did this futuristic little pen come from and where the hell can I get one?

The original pen was developed by Peter Dilworth, Maxwell Bogue and Daniel Cowen of WobbleWorks, Inc back in 2012. The idea for it came about after they waited 14 hours for a 3D printer to do its job, only to find out it had missed a line out in the product.

Bogue, Cowen and Dilworth began a Kickstarter campaign in February of 2013 for the 3Doodler – the only 3D printing pen in existence. After the success of the campaign, 3Doodler went on to build the company and improve their product.

Upon seeing the response they got, they knew they were on to something unique. “It’s a massive game-changer,” explains Cowen. “You could never just pick up a pen and create an object in 3D before. Now you can.”

It works somewhat like a supercharged glue gun: You insert tubes of 3d printing plastic into the back of the pen, which are heated and released via a nozzle in the front, allowing you to draw in real time. Thought the plastic is hot initially, it swiftly cools and dries, making the creation process simple.

Unfortunately for us Brits though 3Doodler cannot yet be purchased in UK but there are other companies with similar products. Although I’m not sure they’re the real deal as most of the reviews I have read talked about them breaking or not working very well. So until the 3Doodler comes out over here, we’ll just have to be patient about our plans to draw 3D phallic shaped objects everywhere.

I wonder how big these might get in the future though. I can just imagine if I had grandkids somewhere down the line and them saying, “You used to draw on paper, Grandad, really? We just paint the air!”

Here’s some cool artwork other people have drawn: 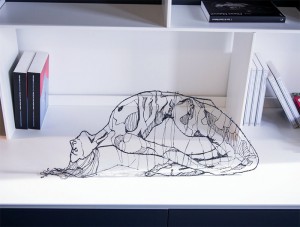 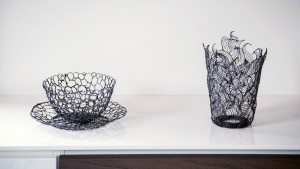 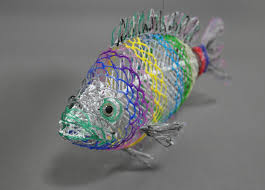